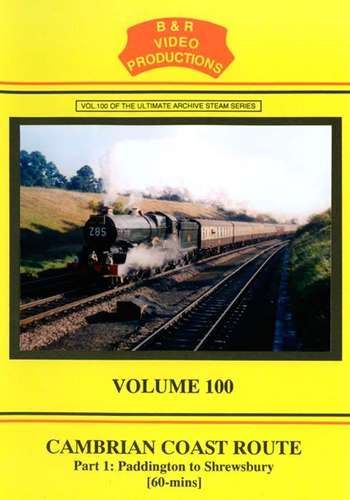 The Cambrian Coast Express followed a route from Paddington to Birmingham, Shrewsbury and Talerddig to Aberystwyth and Pwhelli.

In this first volume of the series, we trace the route from Paddington to Shrewsbury.

Using archive footage, the route is seen with steam haulage over a period from 1960 to the 1970's with some early diesel film of the Hydraulics and Blue Pullman as well.

There is mainly ex-GWR motive power from Kings, Castles. Halls and Praire tanks.

See steam powering up Hatton bank in 1962 with Kings and Castles and on through the Birmingham suburbs to Tyseley and into the old Snow Hill Station.

We visit both the old and new Snow Hill stations.

A diversion to the Old Hill and Dudley branches and then on to Wolverhampton, Wellington and Shrewsbury.