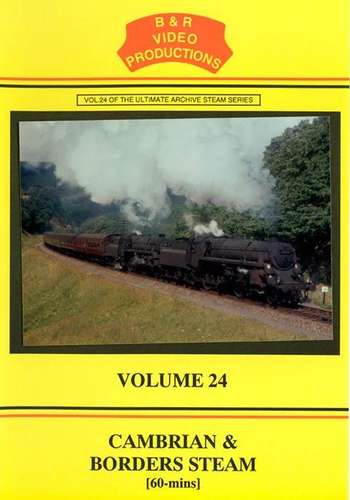 We begin at Chester in 1967 where on the 4th March the city was visited by the two Castles, 4079 and 7029, interwoven with normal workings by Standard Class 5s of conventional and Caprotti version, LMS Black 5s and an ex-Crosti 9F 92026.

The ex-Cambrian main line from Ellesmere to Whitchurch is covered in great detail showing GWR Manors at work and even the Cadbury's shunt at Marchwiel.

We retrace our steps on board a freight hauled by 43034.

South again to the Blodwell quarries with Standard Class 4 75004 before another in depth look at rural branch line work on the Llanfyllin branch from Llanymynech with Ivatt 2-6-0s.

Castle, County, Manors and Standards at Shrewsbury and Wellington are featured before ten minutes of sheer delight on the Cambrian line from Machynlleth to Welshpool in 1963.