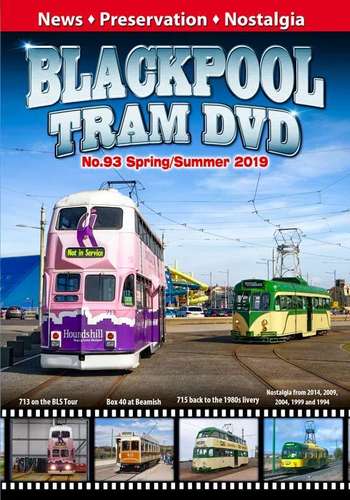 Winter/Spring 2019: Highlights from January to May of 2019 starting with the BLS tour with Balloon 713 from January. This unusual enthusiasts tour covered a lot of track not normally used with passengers on board including a run into SG depot, moves around RR depot and Blundell Street and the first recorded use of a tram on the facing crossover at Manchester Square. This was also a Gold running day with car 40 and others in service.

From April: Brief footage of on-loan cars 40 and Manchester 765 plus Sunderland 16 and Blackpool 31 at Beamish Museum's Great North Steam Fair plus Easter 2019 in the sunshine at Pleasure Beach with various trams in action on a Gold running day, and the Saturday of the May Bank Holiday weekend with 715 back in the 1980s livery plus a new move for trolley-fitted cars at Cabin.

Preservation: Very brief footage of the restoration work carried out so far on Railcoach 279 during the spring.

North Station Extension: Part 4 of a look at the North Pier to North Station extension. The line wasn't completed in time for opening at Easter but most of the track is now in place.

Nostalgia: 5, 10, 15, 20 and 25 years ago! From 2014, action from a fledgling Heritage service with 167 and 272+T2; from 2009, the final year of full operations over the old system, Brush and Centenary cars on service and Balloons in Metro liveries; from 2004, astonishing footage of 644 derailed and crashed through a wall at Gynn Square; from 1999, track renewal on Lytham Road and some unusual wrong line moves; from 1994, a busy Market Tuesday filmed at Lowther Avenue with lots and lots of Balloons and Twins! 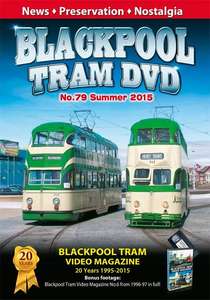