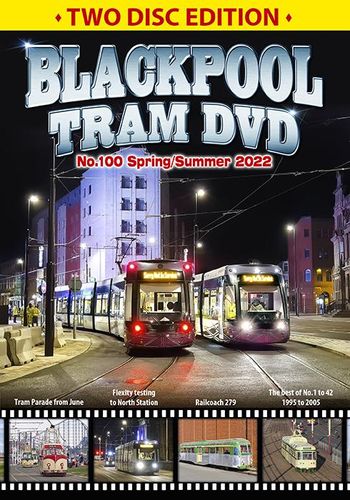 Winter/Spring 2022: Footage of the BLS tour from January with some rare moves around Rigby Road depot and a typical day of Heritage and Flexity action from May.
Tram Parade: To celebrate the Queen's Platinum Jubilee a 14-tram parade took place on 2nd June. See the trams heading from depot to Pleasure Beach, followed by the full parade along the prom on what was a fine summer's day. Includes all the Illuminated trams, two Boats and five double deckers.

North Station: After years of delays, the completion of the North Station extension moved a step closer with the first trams along the new line. On 16th March, commencing late evening, Flexitys 012 and 017 were trialled over the triangular junction in Talbot Square, then along Talbot Road and to the new North Station terminus. Engineering car 754 joined in. All the moves from this first historic night are shown, including trams at the new terminus, the new eastbound stop in Talbot Square and running up and down Talbot Road itself.

Preservation: Railcoach 279 moved from the FTT premises to Rigby Road depot in March. Full coverage of the event.

Nostalgia: To mark the 100th programme in the series, a special look-back at the first 42 titles, covering the years 1995 to 2005. Includes the Fleetwood Centenary in 1998, the 70th anniversary of the EE fleet in 2004, Standard 147 launch, Coronation 304 return, the Foxhall winter, Metro Twin cars, various Tram Sundays and much more.

Subscribe now to a one year (two issues) subscription to the tram DVD for JUST £24.00 or a two-year (four-issue) subscription for JUST £48.00, Have each issue mailed directly to you when released.

*Save up to £8 on the price of buying the DVDs individually. 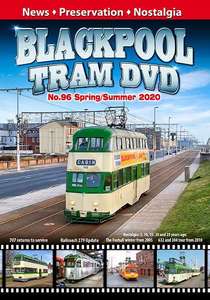 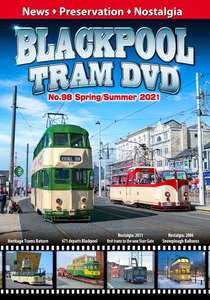 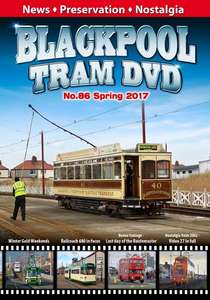