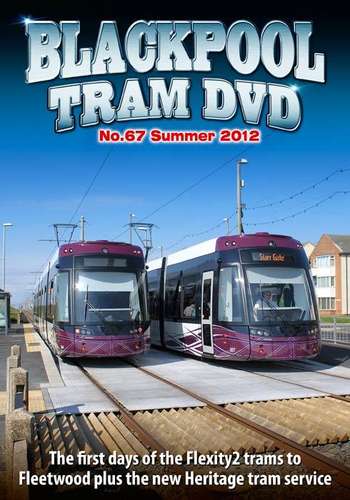 Flexity2 Service Begins: The tramway reopened and the new trams entered service on Wednesday 4th April. See footage of 006, the first tram, on the first journey at 5am from Starr Gate and then an hour later, the same tram derailed in sand at Fleetwood!

Also includes action from the first few weeks of operation with a look at the new layouts at Fleetwood and Broadwater and of course, many of the Flexity2 trams in service.

The Heritage Service: As well as the new Flexity2 trams, a brand new limited-stop Heritage service commenced between Pleasure Beach and Little Bispham at Easter. See trams 147, 600, 717 and F736 in action, plus the return service of Box 40, Bolton 66 and Princess Alice 706 after an 18 month lay-off.

Box 40 and 713: These both ran to Fleetwood during the spring. See car 40 on what was an historic first journey for a Vintage car, all the way to Fleetwood Ferry, plus modified Balloon 713 is sent from Starr Gate to Fleetwood in normal passenger service.

Starr Gate to Cabin: Part one of a detailed look at the new tramway and the tram stops, plus more footage of the Flexity2 trams in service.