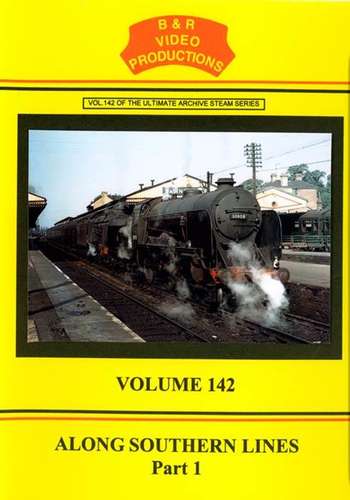 An archive film of many types of Southern locomotives on various lines of the Southern Region.

The South Western Division was the last to survive with steam traction up to the summer of 1967. There is ample coverage of these lines from Waterloo to Basingstoke during a period from 1960 to 1967.

The South Eastern Division lost most of its steam in 1962 but Folkestone is seen while its harbour branch was still worked by steam traction albeit by Western pannier tanks.

In this Division Tonbridge, Westerham, Gravesend, Gillingham and the Allhallows branch are also seen. Lydd to New Romney with the last DMUs. We also visit the famous Romney, Hythe and Dymchurch line is also visited.

Many specials in the last days of steam on the Waterloo to Basingstoke line are covered, with visiting Eastern and Scottish locos included.

Nearly all of the material is in colour and the film has an extensively researched commentary with an authentic sound track.