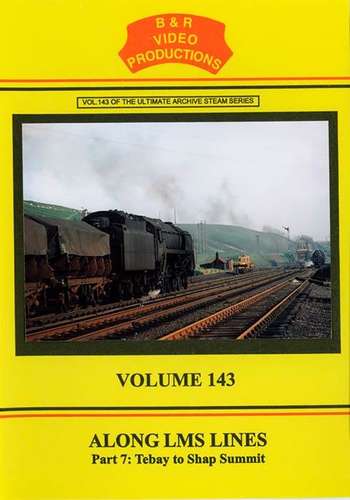 The most filmed area of the West Coast Main Line was around Tebay and the climb to the 916 foot Shap Summit.

This DVD concentrates on the activity from Dillicar water troughs in the Lune Valley and over the entire climb to the summit.

The varied traffic along the main line includes passenger, freight and ballast workings.

The magnificent scenery and very variable weather conditions are well shown at the popular location.

All film material is in colour and the film has an extensively researched commentary with an authentic sound track.