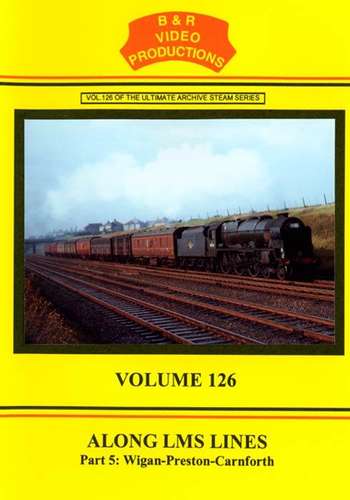 The fifth volume in our series Along LMS Lines, takes the story further north along the West Coast main line and covers Wigan to Preston, Lancaster and Carnforth.

There are diversions to look at the East Lancashire line from Preston Farington to Rose Grove, Blackpool North on the Fylde, and Morecambe.

Filmed in colour from 1965 to 1968 it is mainly about the end of steam in the North West of England.