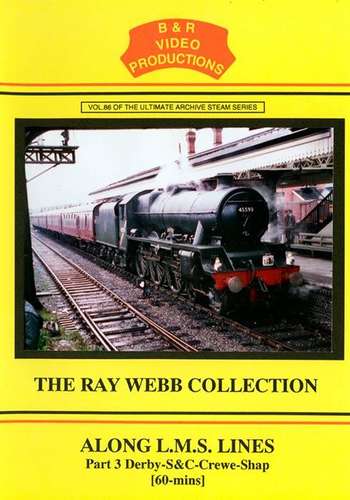 The previous two volumes in this series covered London to Crewe via Wolverhampton and Manchester.

Before continuing our journey north, this video gives a flavour of the ex-LMS in general.

Using film from the Ray Webb collection we cover the area from Derby to Manchester, the Settle and Carlisle, the CLC around Northwith, Crewe of course and the West Coast main line to Carlisle.

There are visiting engines along the way to give immense variety.

Even the demise of Jubilee "Minotaur" which crashed near Altrincham.

Recommended viewing for all fans of the Midland Region.