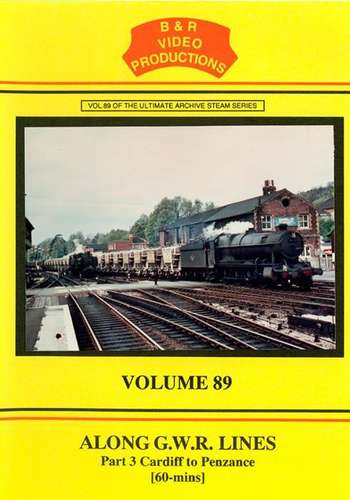 The third volume in the series takes us from South Wales to Penzance with an introduction at Paddington.

Cardiff and Newport scenes in 1965 when there was still steam hauled freight by both large and small tank engines.

Freight with steam is also seen climbing Pilning Bank out of the Severn Tunnel including the car ferry train.

Down to Bristol on Stapleton Road bank.

Another visit to the Staple Hill Bank on the old Midland, but by now under Western Region control.

While at Bristol see 4079 being loaded onto a ship for Australia. We thought it would never come back, but it did.

Westwards via Taunton, Exeter and the sea wall to Plymouth.

Cornwall and its branches to Penzance.

This has a mixture of steam and diesel-hydraulic power. All scenes unrepeatable!