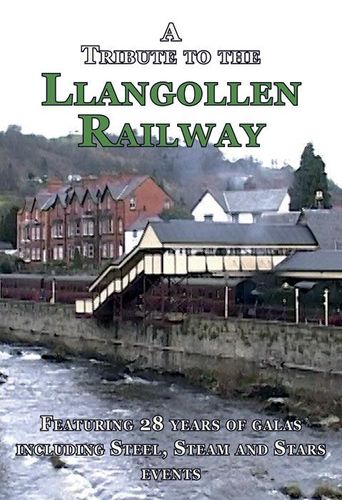 We look at this extremely picturesque railway in North Wales from footage taken at their gala events from 1987 to 2015, which includes two of the famous Steel, Steam and Stars events. We begin in 1987 with BBC Newscaster of the time, Peter Woods, as he narrates the first ever gala held at the railway. This is followed by further galas in the 1980s and 1990s which saw a whole host of different locomotives visiting the line. Engines such as the J27 from the NYMR and Jinty 3F 7298, 76079, 5572, 4566 and the newly restored ‘Manor’ No. 7822 Foxcote Manor.

The whole events from 1987 onwards and the extension of the line firstly through to Glyndyfrdwy and then to Carrog and coming soon, to Corwen, illustrate the great potential of this heritage railway. Its stunning scenery and popular tourist location can only enhance its future under the new trust set up for operations.