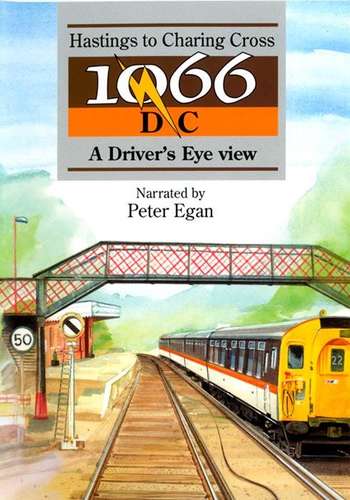 At the Southern end, three stations around St Leonards are separated by two long tunnels.

At Bopeep Junction our "4-CEP" EMU - in the much lamented "Jaffa cake" colour scheme - turns north through the East Sussex countryside through Battle to Tunbridge Wells.

The character of the line changes at Tonbridge as we join the main artery from Ashford, Dover and Folkestone.

Two lines become four at Orpington - the start of the commuter belt.

By the time we race toward London Bridge, our fast lines are lost in a bewildering maze of tracks.

Finally, after traversing the junctions with Cannon Street and the Thameslink line, we cross Hungerford Bridge and enter platform 5 at London's most central terminus, Charing Cross.

The Hastings line became famous for its tunnels. Many were singled to allow the passage of standard width stock at the time of the 1980s electrification.